Gazing out of their church office window to a professional arts building across the way, two young pastors imagined a place where people could go to find healing and hope in a loving, professional atmosphere.  The two pastors, Dr. William Enright and Dr. Charles Alcorn, were serving the First Presbyterian Church of Glen Ellyn at the time. Their decision to pursue the idea in earnest came with their congregation’s blessing and eventual formation of a “Living Mission Fund.”  This fund and a subsequent endowment led to the Center’s start-up.  Seven other local churches and parishes soon joined in support.

So in the fall of 1976, with a few pieces of hand-me-down furniture and the use of an office in the basement of the First Congregational Church of Glen Ellyn, the Central DuPage Pastoral Counseling Center officially opened its doors. Dr. Charles Alcorn served as the Center’s first executive director. 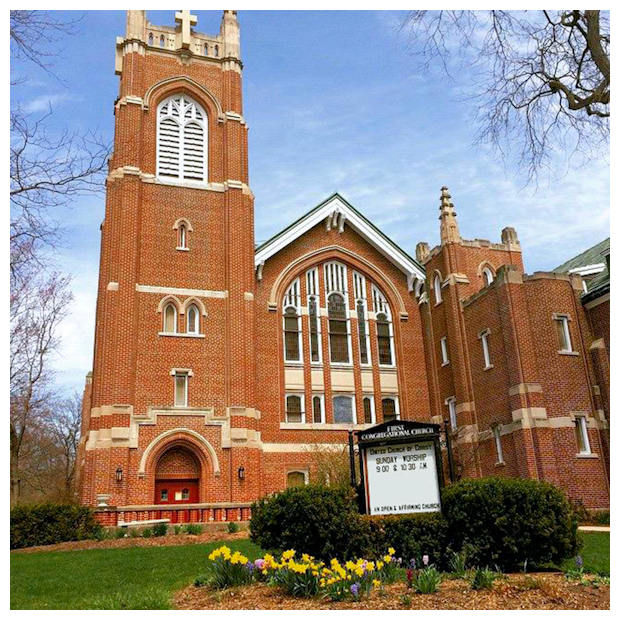 As our staff grew and the number of clients we served increased, additional office space became a critical need.  Our search was ended in 1992 when the First Presbyterian Church of Wheaton graciously offered to house our offices in their unused Manse. The Manse was a lovely, home-like setting that fit us well.  During our seven years there, we expanded our educational services with unique and creative programing while also growing our clinical services to include internships for student therapists.  Our affiliations with local churches also grew to include more than 25 Catholic and Protestant congregations. In 1999, we learned that the Manse was scheduled to be raised as part of a major expansion project by the church, generating the need once more for new office space.  When no suitable space materialized, the board and staff began to consider the only option left – to purchase a commercial property. With the aid and support of our affiliate churches and members of the community, we were able to purchase space in the Mona Kea office complex. In the spring of 1999, the Center moved into its first permanent home. 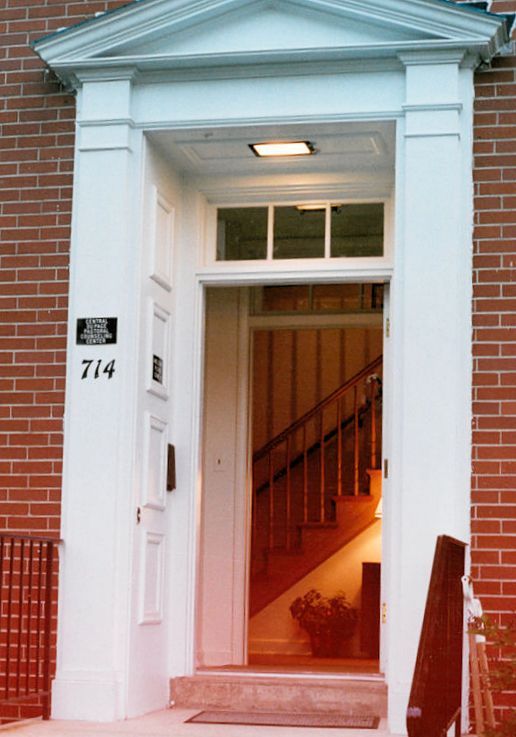 Now, years later, we look back on our relocation “crisis” as the blessing that helped secure our future. It was during this time that the Center’s endowment was established through the DuPage Community Foundation, which continues to strengthen the Center and secure its future. 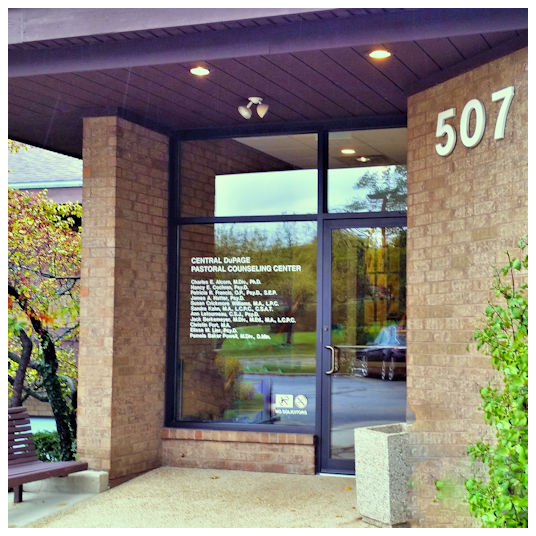 “For I know the plans I have for you,” declares the Lord, “plans to prosper you and not to harm you, plans to give you hope and a future.”
Jer 29:11

Roger Lautz was born and raised in Japan where his parents served for many years as missionaries following WWII.  Following high school in Japan and college in the US, Roger has spent most of the last 43 years in the Wheaton, Illinois area. He has been in homebuilding since 1979 – a profession he pursued following an interesting summer as a construction intern. Roger and his wife have been active members of the Glen Ellyn Evangelical Covenant Church in Glen Ellyn, Illinois since 1983.

Mickey has been a member of Faith for 25 years.  She is active in the music program there and also serves as an assisting minister and a Stephen Ministry leader. As a CPA, Mickey taught accounting for several years at College of DuPage and retired after 15 years at DePaul University in 2012.  She also worked for Delta Mu Delta International Honor Society in Business as Director of Financial Operations and as Media Director, lending credibility to her claim of being “whole brained.” Mickey also serves on the board of the Madison Street Theatre in Oak Park.

Charles Wilcox enjoyed careers in commercial banking, financial, and risk management and hospitality management.  In addition, he served in the US Navy Reserve for 23 years (including five active during the Vietnam War), retiring as a Commander.  He has been an active member of Trinity Episcopal in Wheaton since 1979, serving on its vestry four times in numerous leadership roles.   He served on the CDPCC board previously for about five years.

Married to Ruth Anne with whom he has two daughters and four grandchildren, he is now retired and enjoying golf, walking, reading and traveling.

Lora has been a member of First Congregational for over 25 years and is very active in the music programs there as a harpist, guitarist, and a member of the choir and the recorder group.  She majored in music at Middlebury College, but then completely changed direction and attended Harvard Law School to practice law. She has worked as an attorney at Chapman and Cutler in Chicago and also Sara Lee Corporation.

Lora lives with her husband in Glen Ellyn and has three grown sons and a daughter. She also works at the Glen Ellyn Walk-in Ministry.

Erik has resided in the Glen Ellyn/Wheaton area since 1996. He brings extensive community leadership and business experience to CDPCC.  Erik is missions elder at the First Presbyterian Church of Glen Ellyn overseeing a 12-member missions council that actively supports over 22 local, national and international partners. In 2018, Erik co-founded One Community, a local non-profit focused on celebrating the rich diversity of people and cultures in DuPage county.

Professionally, Erik founded a digital marketing design firm called Elumin in 2001, which served local businesses, non-profits and Christian organizations. In 2014 he took a leadership role as senior digital strategist at an international digital design agency, collaborating with staff across the world.

Eric resides in Wheaton with his wife and two daughters. He grew up in the western suburbs of Chicago and graduated from the University of Iowa (BA) and Union University (MBA). He joined St. Mark’s Episcopal Church in 2008 after previously serving as a member and deacon at Idlewild Presbyterian Church in Memphis, Tennessee. Professionally, Eric is the chief executive officer of International Carwash Association.